A new study shows that chemicals known as phthalates, which have been linked to health problems, have been detected in food from popular chains like McDonald’s, Chipotle and more.

The peer-reviewed analysis was published this week in the Journal of Exposure Science & Environmental Epidemiology by researchers from George Washington University, the Southwest Research Institute (San Antonio, Texas), Boston University and Harvard University.

They found that over 80% of the foods contained a phthalate called DnBP. And 70% contained the phthalate DEHP. Both of the chemicals have been linked to reproductive health problems.

Food containing meat, such as chicken burritos and cheeseburgers, had higher levels of the chemicals studied, while cheese pizza had the lowest levels.

Lariah Edwards, an author of the analysis and a postdoctoral research scientist at George Washington University’s Milken Institute School of Public Health, told USA TODAY that it’s “concerning” to find these chemicals “detected in the foods that we ingest.”

Phthalates are added to plastics to make them softer, and they can transfer from plastics used for food handling, such as gloves, tubing and more. They have been linked to reproductive problems, learning and attention problems in children and more, Edwards said.

The detected levels of phthalates in the study are below the Environmental Protection Agency’s health protective thresholds. But Edwards argued that “Diet is still a very important, predominant way that we are exposed to these chemicals.”

“So regardless of the concentrations and because we know that these chemicals are linked to some of these worrisome health outcomes, it’s important that we look at these concentrations in food and really understand,” she said.

USA TODAY has reached out the six restaurants cited in the research for comment.

Larry Lynch, a senior vice president at the National Restaurant Association, accused the study of being “a bought-and-paid for tool of special interest groups looking to incite fear and make headlines” and emphasized that the levels cited in the study are within EPA guidelines.

“Our operators and owners work closely with their suppliers to ensure they have packaging and supplies that meet all FDA guidelines and best practices, while providing customers safe, high-quality experiences,” Lynch said.

According to the published research, the analysis was supported by the Passport Foundation, the Forsythia Foundation and the Marisla Foundation – all progressive groups that target environmentalist and health issues, among other policies.

The research notes that the substances being detected in common fast food items is especially concerning for low-income individuals and people of color.

“In some cities in the US, there are higher densities of fast food restaurants in predominantly neighborhoods of color,” Edwards said. “So with those lines of evidence, it is something to consider that Black Americans may be more exposed to these chemicals in fast food.”

Edwards noted that the food tested by researchers only came from one city, and the analysis does not focus on different kinds of restaurants. But she explained that the research could “reflect an industry-wide problem” because fast food restaurants can “process and handle their foods all very similarly.”

The Food and Drug Administration in a statement to the Washington Post said that it will review the study.

“Although the FDA has high safety standards, as new scientific information becomes available, we reevaluate our safety assessments,” said an FDA spokesperson. “Where new information raises safety questions, the FDA may revoke food additive approvals, if the FDA is no longer able to conclude that there is a reasonable certainty of no harm from the authorized use.”

Fri Oct 29 , 2021
Tech company Agot AI is developing surveillance technology for fast-food workers. It uses cameras to monitor workers and flag mistakes. Worker surveillance has grown across industries in the last year.  Loading Something is loading. Agot AI, a computer vision startup based out of Pittsburgh, says it can revolutionize fast food […] 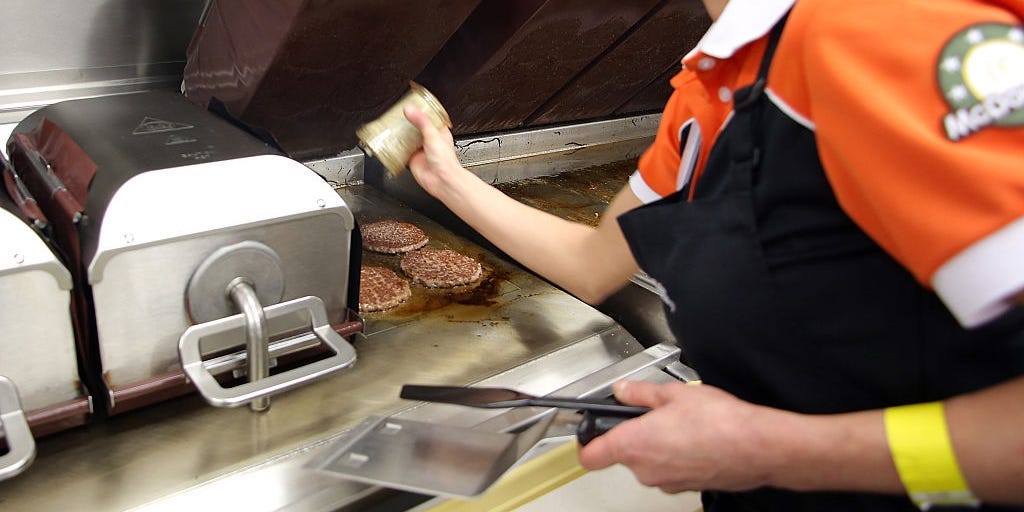