Remember those days back in the Spring of 2020 when the world moved from its usual arc around the sun? When we were told to be still, to go nowhere, to “shelter in place.” I do. I folded in on myself. I simplified. I ate only fruits and vegetables, seeds, grains, and legumes. I stopped drinking alcohol—why bother! My cookie habit ended because, well, every bakery was closed. I hiked often. The scale rewarded me with downward trending numbers.

Weight loss was not the pandemic norm. Everyone else bemoaned the extra pounds. The headlines confirmed it: Outside of toilet paper and hand sanitizer, we were suddenly buying a lot of junk food. Over 36 percent of us reported consuming more unhealthy snacks and desserts than before the pandemic, according to an analysis by the Centers for Disease Control of close to 4,000 Americans.

I didn’t learn to bake bread, but you all did. So many people took to developing sourdough starters that there were flour shortages. We weren’t all home, or even all working from home, but we were buying groceries and cooking dinner. Our kitchens were finally getting dirty. “The biggest shift that we’ve seen since the beginning [of the pandemic] is the movement to the home for food and beverage,” said Darren Seifer, food and beverage analyst at NPD Group. At the height of closures, 90 percent of our food was coming from the market, versus dining out or ordering in. Today, that figure has settled down to about 85 percent, he said.

Dan Saladino, author of Eating to Extinction, considered himself lucky that March. Saladino lives in Cheltenham, England and was already a subscriber to a weekly veggie box. But it wasn’t enough to feed his family of four. “I started to explore even more delivery schemes,” he told me. Soon he signed up for meat and cheese from local farms and dairies. Later, he secured a game box from Scotland. It was a time of great anxiety, he said with hindsight, and also novelty.

If there’s one change from the pandemic that is sure to stick, it’s online shopping. A study done by the University of North Carolina, Chapel Hill, in Spring 2020 found that a third of the nearly 18,000 households surveyed shopped online for groceries. Sixty percent planned to continue online shopping beyond the pandemic. Numbers from the NPD group showed that online shopping was up 29 percent over pre-pandemic numbers.

Online shopping led to culinary exploration. Whether we were worried about safety, were just plain bored, or missed eating out, we shifted our budgets—including our stimulus checks––to premium products and new flavors. Echoed by Saladino, food became a source of comfort (and for us writers, screen breaks). The kitchen was the obvious place to go. With it, appliance sales soared. Helped along by easy-to-follow TikTok recipes, the air fryer was the biggest winner of all.

One of the more talked about upticks in year one of the pandemic was the spike in sales of plant-based burgers, faux chicken nuggets, and dairy-free cheeses. In 2020, U.S. retail sales of plant-based foods increased by 27 percent. According to data from SPINS, a wellness-focused data expert, 49 percent of us chose plant-based foods because they were seen as a healthier option. (So, I wasn’t the only one trying to be healthy.)

In 2021, however, that spike slipped to a flat line, which some considered an indication of the potential (or lack of) in plant-based protein. But the sector’s promise to alleviate climate change has others hopeful. At NPD, Seifer said they “continue to see tailwinds behind plant-based.” Younger generations are more familiar with these foods, he said, and are highly motivated by sustainability, environment, and animal welfare: “These are top of mind issues.”

If we are ultimately able to slow down climate change by shifting our diet, we may have the younger generations to thank. According to research from food and ag agency C.O.nxt, our top goals were a commitment to assessing brands’ environmental footprint, followed closely by their commitment to animal welfare. Not only are the younger generations willing to pay more, they’re also more trusting. Those under age 44 are most likely to believe claims while those over 60 are least likely.

Americans are an inconsistent bunch. Food writer Alicia Kennedy confessed her own pandemic seesaw: “We thought we would be locked up for a few months and got into the habit of making the most elaborate lunches and dinners,” she said about the early months with her partner in San Juan, Puerto Rico. Bottles of wine were finished, cocktails were sampled. “When we were finally [out of lockdown], we reined things in. Now it’s simple and made at home. We have certain components of meals on hand, certain vegetables that we always get, and we’ll build our eating around that.”

As we move beyond the first two years, we see our food supply continue to be affected by world events: first Covid, then inflation, now the war in Ukraine. Foods are stuck in transit (maybe at the Texas border?), inflation is rampant, energy costs are up, and supplies of some staple crops are threatened. Instead of worrying over whether we need to wipe down our milk cartons (so two years ago), we now have a dizzying array of alarms sounding.

While some enjoyed the freedom to experiment in the kitchen, the pandemic highlighted significant disparities in how Americans ate. In a survey by the International Food Information Council, 15 percent of Americans said they often purchased less-healthy foods because they could not afford healthier options. A similar number said they often worried about whether their food money would run out.

The Biden administration helped make up for these shortfalls with a child tax credit that began in July 2021. It helped over 36 million families pay for food, rent, and childcare at a difficult time, and, according to Elaine Maag, senior fellow at the Urban-Brookings Tax Policy Center, reduced nationwide food insecurity by 25 percent. In his State of the Union address, President Joe Biden urged Congress to extend the program into 2022, but was rebuffed, thus ending the most successful poverty-reduction measure in a generation.

The pandemic may be easing, but while it raged it brought our food system into sharp focus. Remember the yeast and flour shortages? That container ship stuck in Egypt’s Suez Canal? How hard it was to find Tostitos? This is how fragile our food system is, how dependent we are on a global supply chain. Maybe this is what we’re leaving our pandemic years with: a collective consciousness of the tenuousness of the daily miracle of dinner on the table.

Wed Apr 27 , 2022
The macrobiotic diet is a strict diet that claims to reduce toxins. It involves eating whole grains and vegetables and avoiding foods high in fat, salt, sugar, and artificial ingredients. Although the diet is touted as a complementary therapy for some cancers, there is no scientific evidence proving its anticancer […] 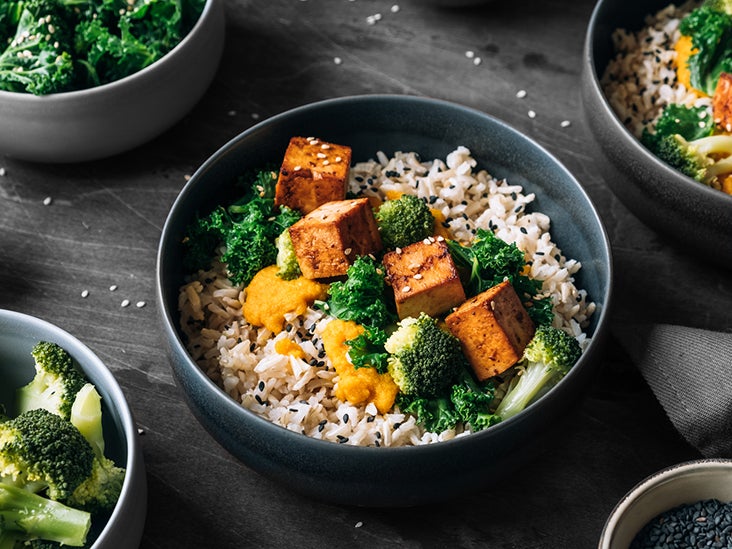