The pledge to assess performance against six measures, including the UK’s “high in fat, sugar and salt” definition and Europe’s Nutri-Score, comes after institutional investors including €150bn asset manager Candriam tabled a shareholder resolution on the issue.

Unilever, which is the world’s largest ice-cream maker, will set out fresh targets by October, and said it would be the first global food group to publish nutritional performance in this way. It will assess performance globally and for 16 key markets by product volume and revenues.

Larger rival Nestlé has been working on new nutrition standards. An internal report seen by the Financial Times last year said more than 60 per cent of the Swiss group’s mainstream food and drink products do not meet a “recognised definition of health”.

Catherine Howarth, chief executive of ShareAction, a shareholder group that pushed Unilever to make the changes, said: “The transparency promised sets a new standard for the industry. We hope and expect that others will follow.”

Investors with $215bn in assets including Candriam, US healthcare provider Trinity Health and the Greater Manchester Pension Fund tabled a resolution in January ahead of Unilever’s annual general meeting due in May, urging the FTSE 100 consumer goods group to set ambitious targets for selling more healthy foods.

Ignacio Vazquez, senior manager of healthy markets at ShareAction, said at the time that, despite Unilever’s strong sustainability record, “the health profile of the food and drink products it sells remains a blind spot”.

“This is surprising, as the rapid growth of regulation means that health is a critical [environmental, social and governance] issue presenting a real financial threat to its business.”

The resolution has now been withdrawn, and Unilever said it would work closely with ShareAction and its Healthy Markets Initiative. Hanneke Faber, president of Unilever’s foods division, said the changes would “set a new benchmark for nutrition transparency in our industry and accelerate our positive impact on public health”.

Unilever’s existing targets for its food and refreshment arm, which has €20bn of annual revenues, include doubling the number of products providing “positive nutrition” by 2025.

The company had considered selling its food and refreshment arm to help fund a failed £50bn bid for GlaxoSmithKline’s consumer health division late last year. But after a shareholder backlash, Unilever said it was no longer seeking large-scale mergers and acquisitions.

Governments globally are seeking to combat obesity, which the World Health Organization says has almost tripled since 1975, but some measures are contentious, especially in relation to products seen as “treats”.

At the time of the shareholder resolution in January, Mark Lynch, partner at corporate finance boutique Oghma Partners, said: “Opponents will see the natural logic being that companies like Lindt stop selling chocolate or Diageo, alcoholic drinks — no shareholder is going to vote for that.”

Mon Mar 7 , 2022
The Russian tanks and missiles besieging Ukraine also are threatening the food supply and livelihoods of people in Europe, Africa and Asia who rely on the vast, fertile farmlands of the Black Sea region – known as the “breadbasket of the world.” Ukrainian farmers have been forced to neglect their […] 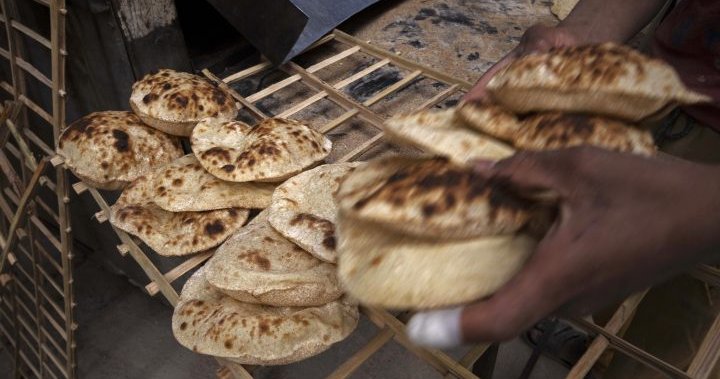