CNN — I never add salt to my food at home or in restaurants. Nor do I add salt to any recipe while I’m cooking. I’m well aware of the link between salt, high blood pressure and heart disease, which is the leading killer of American men and women.

Yet I am still getting over the recommended daily limit of 2300 milligrams of sodium by eating out or by adding processed or prepared ingredients to the meals I make.

“I’ve found salad dressings where a single serving (2 tablespoons) had over 23% of one’s daily value in sodium,” said Dr. Stephen Juraschek, an assistant professor at Harvard Medical School who researches sodium and hypertension.

“Most of my patients do not add salt at the dinner table, but don’t realize that bread rolls, canned vegetables and chicken breasts are among the worst culprits in the US,” he said.

Chicken breasts? Yes, because salt is added in the manufacturing process to plump up the breasts so they look bigger and more appetizing. In fact, hidden sources of sodium are everywhere in our diets, said Dr. Janet Woodcock, acting commissioner of the US Food and Drug Administration, in a media briefing.

“Who would think bread? And yet bread is one of the highest sources of sodium that people are getting,” Woodcock said. “The problem it’s so cumulative: the tomato sauce, the peas, the bread, the salad dressing. Pretty soon your whole meal has hidden salt in it, and it’s really hard right now for people to manage that on their own.”

In fact, more than 70% of the sodium Americans eat comes from what has been added by the food industry to products later purchased in stores or restaurants, according to the FDA.

Woodcock and her team at the FDA announced Wednesday they want to help people manage their salt intake by asking the food industry to voluntarily reduce sodium levels in 163 categories of the most consumed processed, packaged and prepared foods.

“The targets seek to decrease average sodium intake from approximately 3,400 milligrams (mg) to 3,000 mg per day, about a 12% reduction, over the next 2.5 years,” the FDA said in a statement announcing the final guidance.

However, five years ago the agency issued draft guidance that set a much lower level: 2300 milligrams, or about 1 teaspoon of table salt. That’s the recommended daily limit set by federal nutritional guidelines and the American Heart Association (people at high risk of hypertension should aim for 1,500 milligrams).

Despite applauding the action by the FDA as a “step forward,” the AHA said the 3,000 mg/day target set for manufacturers was not low enough.

“Lowering sodium further to 2,300 mg could prevent an estimated 450,000 cases of cardiovascular disease, gain 2 million quality-adjusted life years and save approximately $40 billion in health-care costs over a 20-year period,” the AHA said in a statement.

Woodcock said the FDA set the higher levels of 3,000 milligrams to help the public — and therefore manufacturers — wean themselves over time from a preference for higher-salt foods.

Will it work? Experts who spoke to CNN were skeptical.

“The first issue is that this is voluntary. Food companies don’t have to pay any attention to it at all,” said nutrition researcher Marion Nestle, who has authored numerous books on food politics and marketing, including 2019’s “Unsavory Truth: How Food Companies Skew the Science of What We Eat.”

“It’s not clear voluntary recommendations have been helpful,” Juraschek said, pointing to a study he conducted showing American consumption of salty foods has increased despite the 2016 FDA call to action for food manufacturers to reduce sodium levels.

“I don’t think the manufacturers I’ve spoken with inherently like the idea of harming people, but when faced with the expense of discontinuing a product or changing industrial processes, I think a ‘voluntary’ mandate may not provide enough activation energy to make a difference,” he said.

“I’d argue that change should not be delayed,” he added. “The FDA and government agencies need to be more aggressive in providing mandatory limits on salt in foods as well as requiring more transparent warning labels.”

Woodcock said industry action would be monitored over the next few years, and if needed, additional action might be taken by the agency. That’s an important follow-up action, former CDC Director Dr. Tom Frieden told CNN in an email.

“Today’s new guidance from the FDA is an important first step,” said Frieden, who is president and CEO of Resolve to Save Lives, an initiative of Vital Strategies.

“But a first step is just that — a first step. It will be essential that the FDA track industry adherence to these voluntary guidelines, and, if industry fails to take even these modest steps to reduce sodium, then mandatory warning labels and other actions will be necessary,” Frieden wrote.

While acknowledging the difficulty in reading nutrition labels and understanding sodium levels in the food they buy, Woodcock and her team repeatedly called upon the consumer to contribute to the effort to reduce salt in the American diet.

“We’re really relying on the public to ask for these (low-sodium foods) and be positive about them because that will help drive us toward a healthier food supply,” said Susan Mayne, who directs the FDA’s Center for Food Safety and Applied Nutrition.

Until government and manufacturer actions coincide to create products with less salt — and make it easier to find salt in the foods we are served — there are actions people can take to reduce their dependence on salt.

The good news is that it doesn’t really take that long — just a few weeks — for a person’s taste buds to adapt to eating less salt, Juraschek said.

One way to do so is to adopt the DASH diet, which stands for Dietary Approaches to Stop Hypertension. It’s been shown in studies to reduce high blood pressure, even in people with resistant hypertension (high blood pressure that cannot be controlled despite the use of three different medications).

Here are more tips to reduce salt in your diet:

Review the nutrition labels — besides salt, the label could use terms such as monosodium glutamate (MSG, common in Chinese food), sodium citrate, sodium alginate and sodium phosphate.Become familiar with common sources. The foods with the highest levels of salt include breads and rolls, pizza, sandwiches, cold cuts and cured meats, soups. burritos and tacos, savory snacks such as chips, popcorn and crackers, chicken, cheese, and omelets. Stop using the salt shaker. That helps, even if most of your sodium intake is from processed foods.Try spicing without salt: “This strategy has been demonstrated to reduce sodium intake,” Juraschek said. Ask for nutrition facts at restaurants and try to avoid entrees with excess sodium.Avoid eating out and consume more minimally processed foods at home by eating more fresh and flash-frozen fruits and vegetables. Remember, a daily goal for adults is only 1 teaspoon of salt or 2300 milligrams. For children younger than 14, it’s even less — 1,500 to 1,900 milligrams a day, or about one-third of a teaspoon.

Thu Oct 14 , 2021
SCHENECTADY – The Schenectady Foundation said it awarded $450,000 in grant funding to six nonprofits Wednesday that are leading projects “to reduce hunger and improve access to healthy, nutritious and culturally appropriate foods.” The money will be given to the Regional Food Bank of Northeastern New York, Schenectady Community Ministries, Rotterdam’s […] 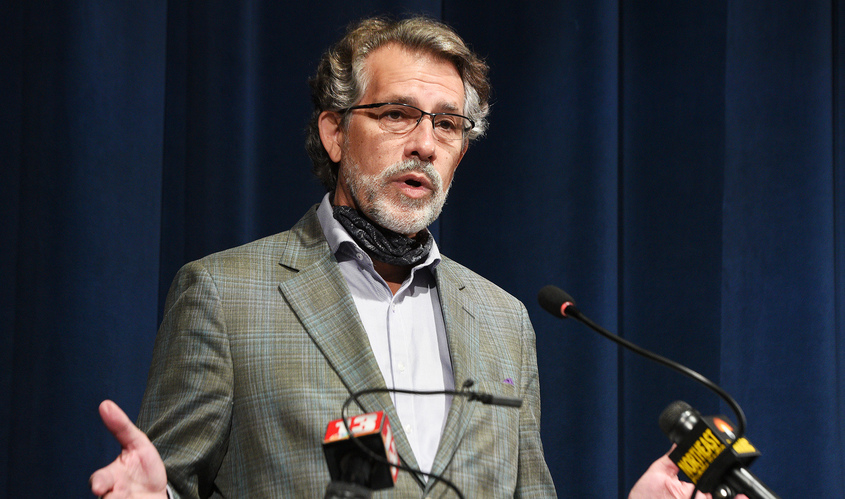