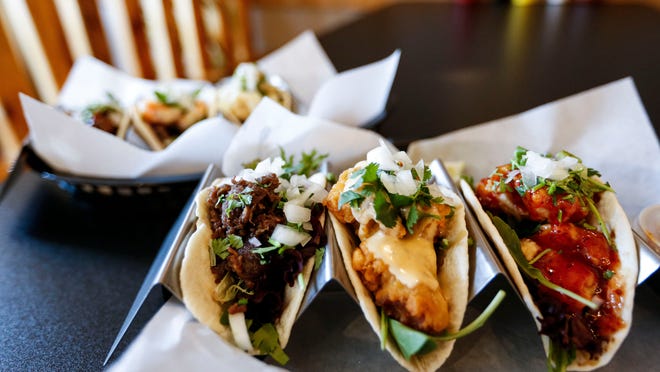 After several announcements in the last few weeks, it appears the popular fast food burger joint, Whataburger, will soon enter the Springfield market with multiple locations in the area.

Other popular fast food places, like Raising Cane’s, have also entered the Springfield market in recent years. So we took a look at a few other fast food chains that Springfield doesn’t have, and whether there’s a chance that could change soon.

Golden Chick is a Texas-based fried chicken restaurant that was founded in 1967. It specializes in chicken combos that come with tasty sides. Golden Chick now has more than 200 stores operating in Texas, Oklahoma, South Carolina, Georgia and many other states. According to QSR, Golden Chick had 26 new locations either planned or opened in 2020. Golden Chick’s website shows 36 new locations as “coming soon,” but none are in the Springfield area.

Bojangles is an American fast food restaurant chain that started in 1977 that specializes in cajun-seasoned fried chicken and buttermilk biscuits. This restaurant is primarily in the South and has 787 locations already. According to a Forbes article from June, Bojangles executives want to take the business “from a regional brand to a national chain” with plans to expand into Ohio and New York.

White Castle is a hamburger fast food chain that was founded in 1921 that sells small, square hamburgers referred to as sliders. White Castle is popular in the St. Louis region with multiple locations. There is also a White Castle in Columbia, but Springfield is still left out.

Krystal is a fast food restaurant founded in 1932, with 110 restaurants throughout the South. Krystal’s one-of-a-kind menu is what stands out with everything coming in a small size from mini hot dogs and burgers to chicken and fries. According to What Now Atlanta, Krystal is expanding and moving into new markets, like New Jersey, and also partnering with celebrities like rapper 2 Chainz.

Jack in the Box

Jack in the Box is another restaurant that many Springfieldians have been wanting for a while. This American fast-food restaurant chain, founded in 1951, is known for its hamburgers and tacos.

Financial struggles might get in the way of this dream coming true for the people of Springfield. According to the website Eat This, Not That, Missouri Jack, a franchisee that operates 70 locations in Missouri and Illinois, filed for bankruptcy last year.

Ralph Green is a business reporter with the Springfield News-Leader. Contact him at [email protected], by phone: (417-536-4061) or on Twitter at RalphGreenNL

Wed Feb 2 , 2022
Plant-based meats and a lean toward sustainable eats crested during 2021. From celebrity chef Tom Colicchio’s partnership with Meati to The Manual’s December guide to going vegan, the world of cuisine kept up its constant pace with the zeitgeist. This year will likely see more plant-based foods and sustainable packaging […]