Russian ships and sea mines block Ukrainian Black Sea ports. Before the war, Ukraine exported on average about 6 million tons of agri-commodities monthly to countries in the Middle East, Asia, and Africa. Currently, only about 15 to 20 percent of this volume can be exported via rail, Danube river, and trucks (about 700,000 tons in April 2022 and about 1 million tons in May 2022). Also, trade risks related to Russian exports have been increasing due to sanctions by various trade partners and banks. This led to price spikes and supply chain disruptions significantly undermining food security in poor importing countries.

Global trade of cereals except rice is a little less than 20 percent of total world production (about 620 million of about 3.3 billion tons produced in 2020/2021). Total production is sufficient to feed all 8 billion inhabitants of the world, but production in semiarid countries is less and some countries are behind their potential. That’s why trade plays an important role to balance global supply and demand. In the 2020/21 season, Russia provided 52.32 million tons (7.8 percent) and Ukraine 69.82 million tons (11.3 percent) of cereals to the world.

Ukraine also exports oilseeds (sunflower, soybeans, rapeseed) with a well-established crushing industry to produce sunflower oil. Fifty-two percent of globally traded sunflower seed and oil came from Ukraine in 2020. Currently, edible-oil supply chains are disrupted and edible-oil prices increased even higher than cereals prices. In the last weeks, the author couldn’t buy any sunflower oil in his neighborhood in Hamburg/Germany.

Global cereal and oilseed markets were tight even before the crisis due to shrinking stocks leading to upward price trends. This new supply shock led to prices almost doubling compared with two years ago. Agri-commodity market demand is inelastic—people have to eat—and this leads to dire consequences in poor importing countries. The number of people whose food supply is insecure (about 800 million) and people facing hunger (about 44 million) will most likely grow. This will result in increased poverty and threaten social stability in poor importing countries.

Global stocks are shrinking. Global wheat stocks of about 300 metric tons are sufficient to cover about four months of annual global consumption. Of these stocks, about 50 percent (about 150 metric tons) are held in China. We know from the past that prices go up if stocks reach a certain critical low level. In this situation, crisis-induced trade disruptions accelerate market developments and may even lead to government interventions limiting exports to protect national interests. If many countries do this, it has disastrous effects on world markets.

Ukrainian current cereal stocks are estimated at about 20 to 25 metric tons. The new harvest in the fall will be much lower than last year due to less acreage and lower intensity caused by lack of necessary inputs and finance. Estimates are difficult, but market observers say it would be about 20 to 30 percent less or about 30 metric tons. Assuming constant domestic demand, this would lead to about 40 to 50 percent lower exports in 2022. So, if the Black Sea ports remain blocked till the end of this year, the world will have about 55 metric tons less of cereals. To put this into perspective, consider that 1 ton of cereals may feed a family of six for a full year. So, this missing number of cereals would mean we would have less food for more than 300 million people.

Global cereal and oilseed markets are hit hard by the war in Ukraine.

And it can get even worse if we consider constrained exports of fertilizer. The share of Russia and Belarus in global potash trade is 40 percent. Russia alone exports about 20 percent of nitrogen and 10 percent of phosphate. Fertilizer prices are increasing. As a consequence of higher cereal and oilseed prices, production in poor importing countries can be expected to increase but this will partly be offset by higher input prices. Poor importing countries in Africa may try to incentivize higher production to feed a growing population, but they would need tremendous efforts of finance, and investments to reach this goal. Even with more resources channeled to agriculture in Africa, supply would react with a time lag.

Global cereal and oilseed markets are hit hard by the war in Ukraine. Food prices are increasing and the number of people whose food supply is insecure will inevitably increase.

Tue Jun 14 , 2022
Creamy is the name of the game when you make this easy chicken tetrazzini recipe. With pasta, cheese and tender chicken, it’s a recipe that will please the entire family. This easy tetrazzini recipe is a great way to use up leftover chicken, or use a store-bought rotisserie […] 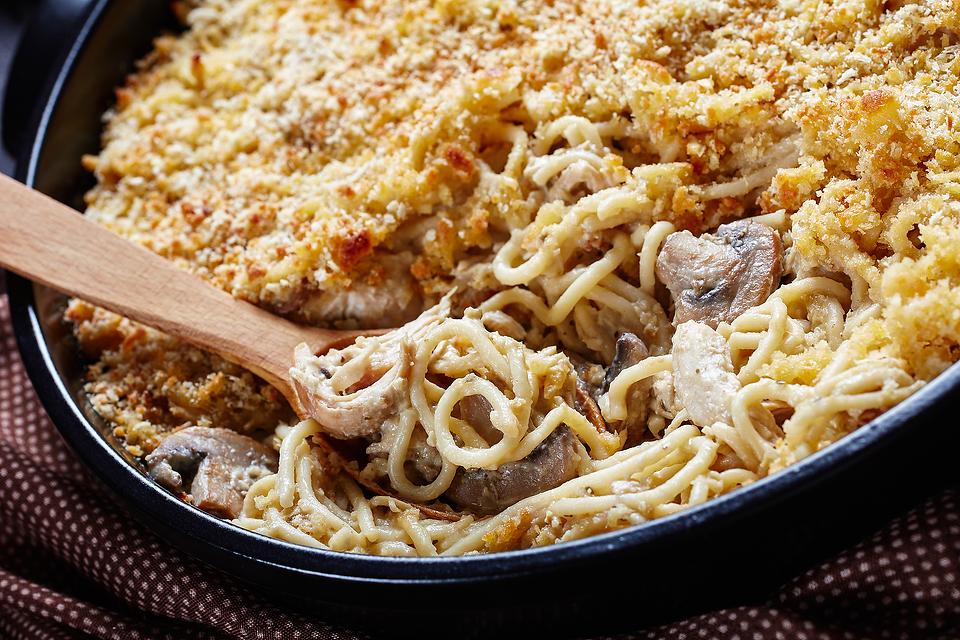